Upcoming Energy Regulations and the Role of LEDs in Compliance

Upcoming Energy Regulations and the Role of LEDs in Compliance 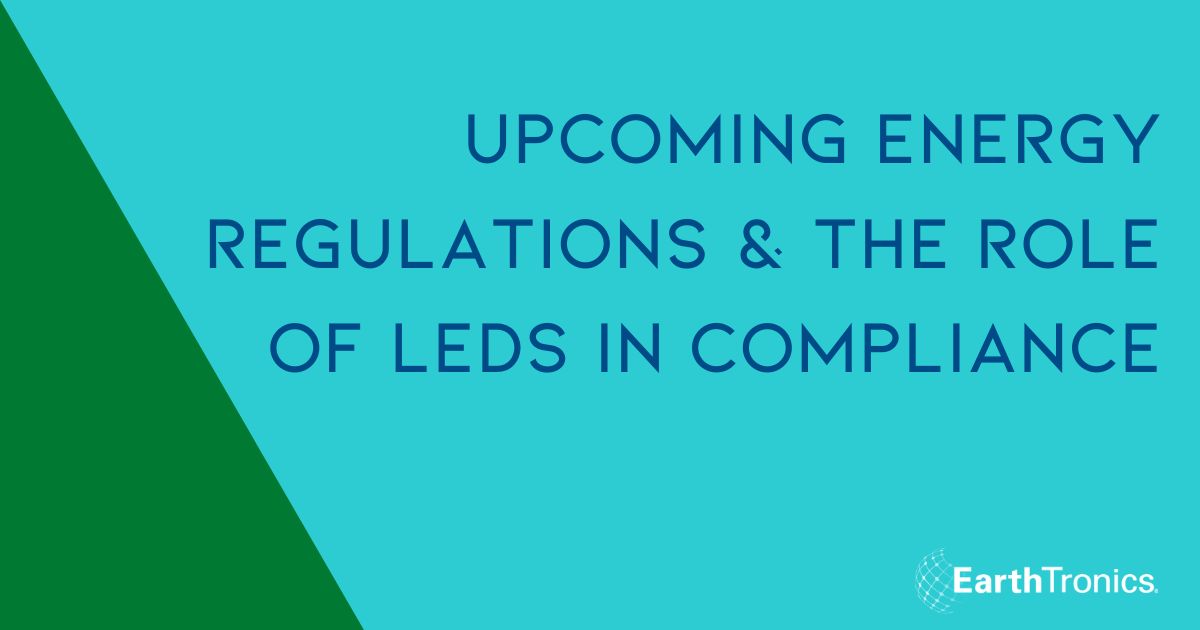 It’s late 2019, and if you’re anything like the rest of the country, you are likely anticipating many sweeping, government-mandated changes to take place in the next year. No, we’re not talking about the upcoming presidential election, but instead the U.S. Department of Energy’s requirement of state building codes’ adherence to ANSI/ASHRAE/IES Standard 90.1-2016.

What does this mean?

If you’re in the energy savings business, nothing new, because you likely already know that this 2016 energy standard, implemented as the national standard in February 2018, requires greater energy efficiency in your buildings, affecting everything from materials to heating to waste reduction. But as we move closer to the February 2020 deadline for state codes to adhere to this new standard, implementing sustainable measures in your buildings is more important than ever.

According to energy.gov, “Building energy codes have a 40-year history of reducing consumer energy bills. Today’s energy codes provide more than 30% savings compared to those of less than a decade ago, which translates to over $60 billion saved by U.S. homes and businesses.” So, adherence to these codes is not only a legal necessity, but also an amazing cost-savings measure for your company.

One of the best — and easiest — ways to adhere to new standards and begin seeing energy and cost savings right away, is by switching to LED lighting. For years, industry professionals and national news outlets have been reporting on the astronomical cost savings of LEDs. This is because LED lights use at least 75% less energy, and thus are a far more sustainable option for virtually every home and business in the country.

According to Bernard Butler, Principal of Integrated Lighting concepts in a virtual panel for LightShow West, “LED lighting has become mainstream, and now forms the basis on which the next generation of energy codes and standards are being developed. For example, the lighting power densities (LPDs) for the recently approved ASHRAE/IES 189.1–2017 green building code and the upcoming Title 24 2019 are both 100% LED-based.”

Butler is referring to ASHRAE’s specific standards for high performance green buildings, and California Energy Commission’s 2019 standards. This means that those on the cutting edge of sustainable building are adhering to codes that utilize 100% LED lighting.

If your company hasn’t already modified its practices to adhere to upcoming federal standards, is it possible to kick start your energy savings program?

Yes. The cornerstone of code compliance, LED lighting, is also one of the easiest to change. By partnering with an expert like EarthTronics, your facility managers can retrofit existing lighting fixtures with “plug and play” LED fixtures and see an immediate impact in energy and cost savings.

EarthTronics also brings additional information right to you, with our  Rebate Finder catalog and Payback Estimate. So in addition to making your building code compliant and savings thousands of dollars on your energy bills each year, you can also apply for rebates on the up-front costs of installing DLC® and ENERGY STAR® products.

Adhering to national or even state codes can seem daunting, but the best news is that LED lighting is a simple and highly effective method with which to get started. Contact us today to learn more about EarthTronics’ products.

You can find out more about which cookies we are using or switch them off in settings.

This website uses cookies so that we can provide you with the best user experience possible. Cookie information is stored in your browser and performs functions such as recognising you when you return to our website and helping our team to understand which sections of the website you find most interesting and useful.

Strictly Necessary Cookie should be enabled at all times so that we can save your preferences for cookie settings.